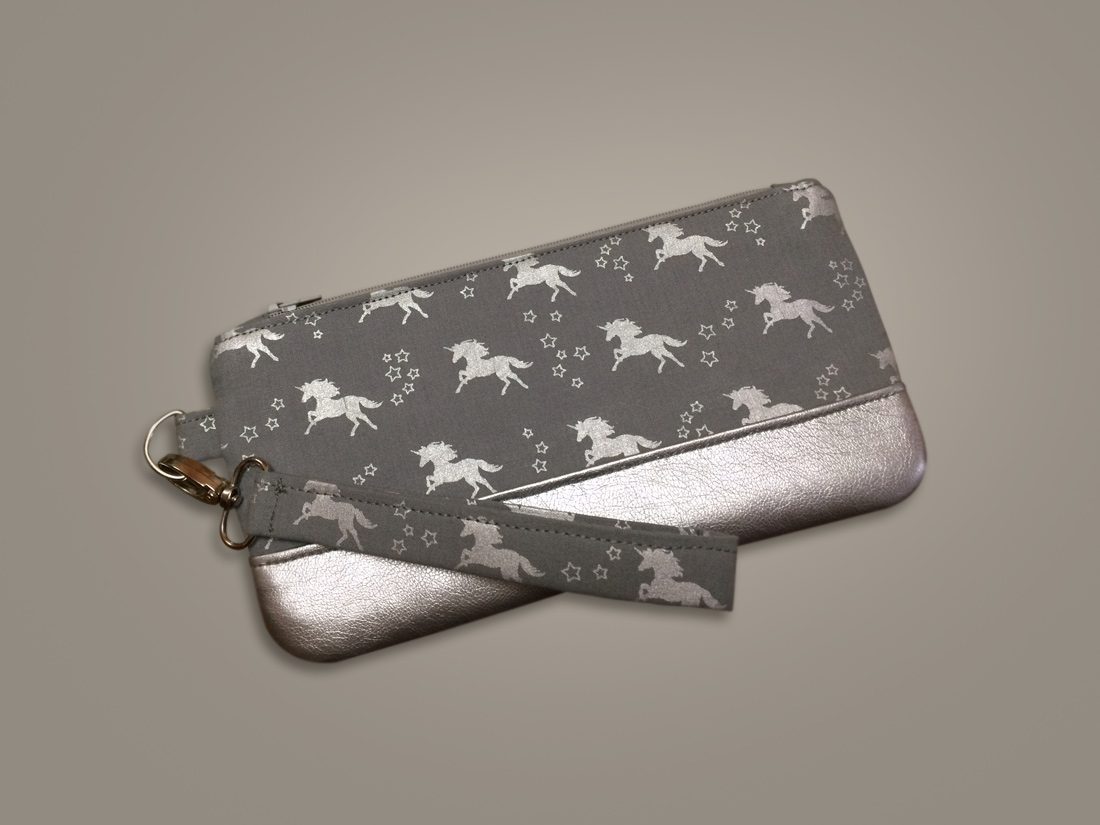 Wristlet made from cotton and silver vinyl fabric. Self-drafted pattern. 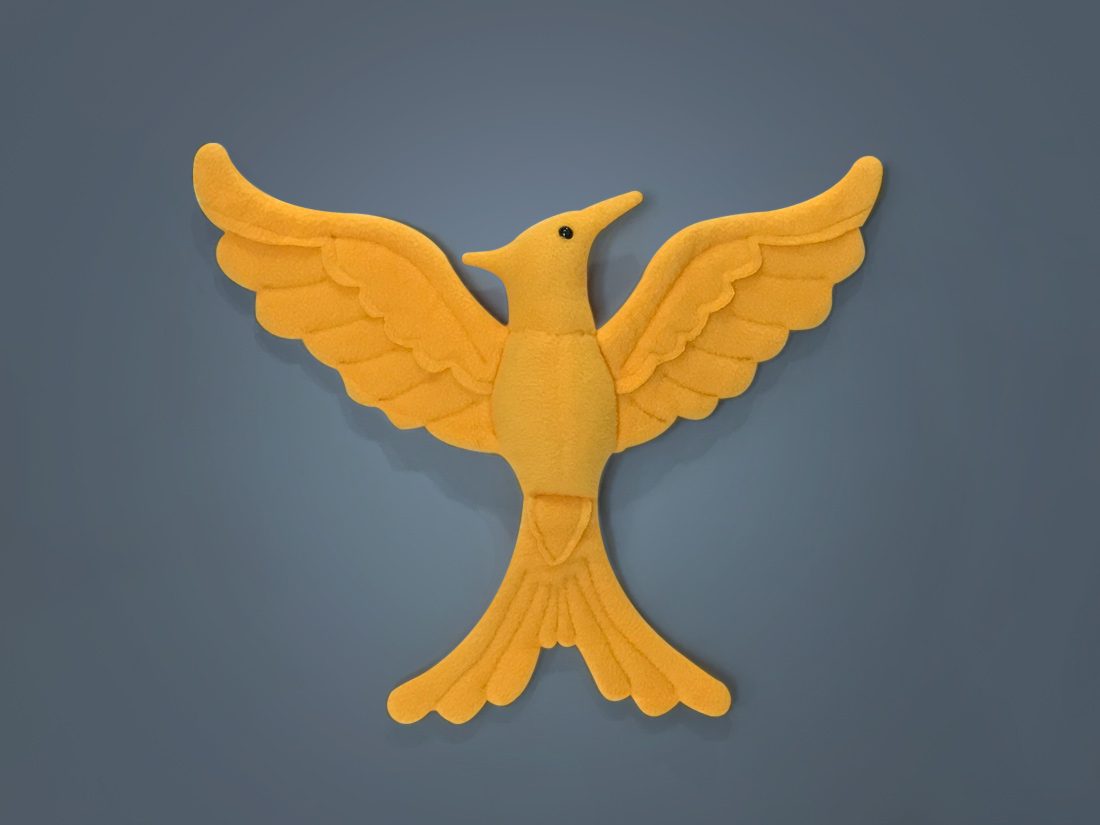 A friend’s daughter asked for a Mockingjay plush for the holidays. Despite her best efforts, she couldn’t find one anywhere. She contacted me to see if I could help and I drafted the pattern and set to work. 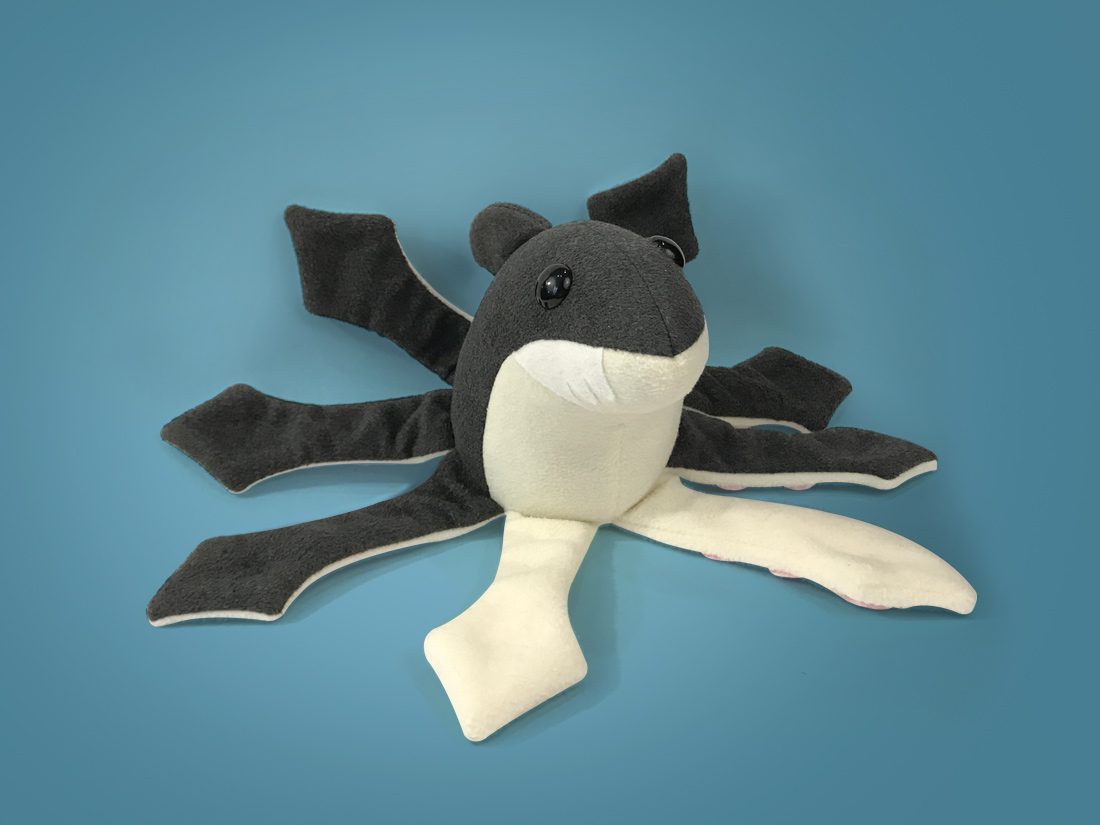 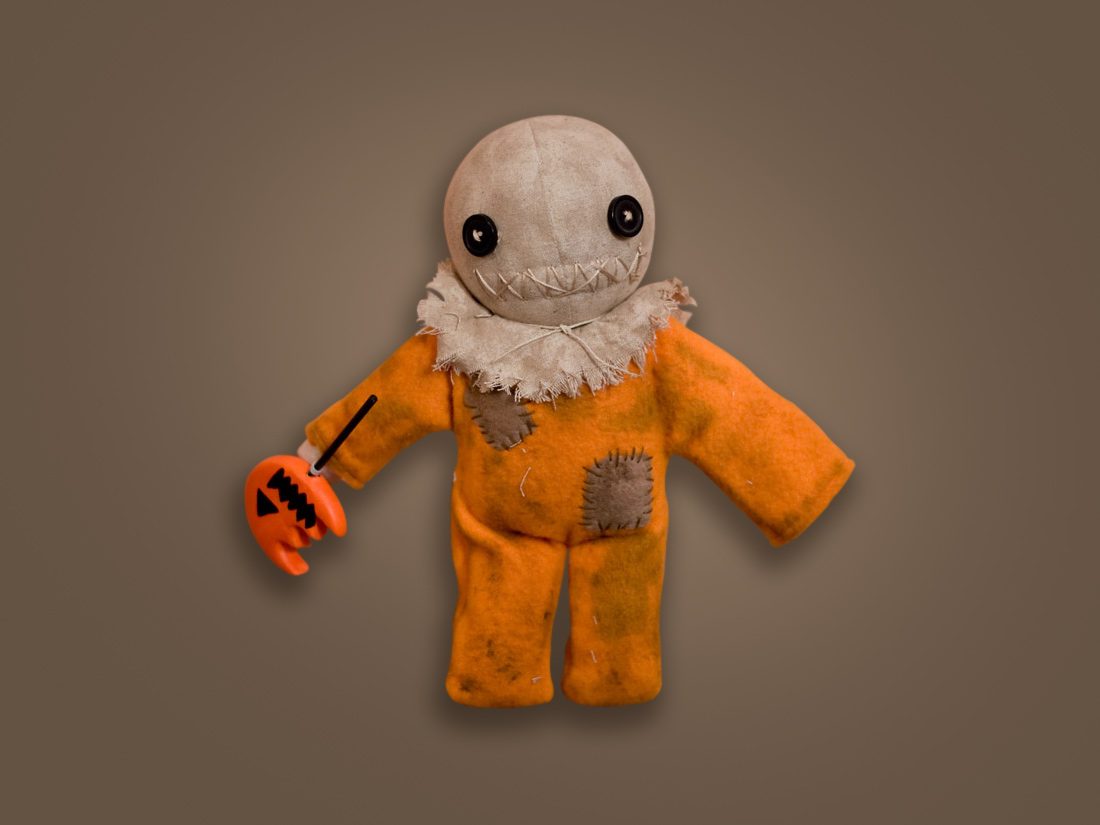 Commission project to make a plush toy of the Sam character from the horror classic, Trick r’ Treat.